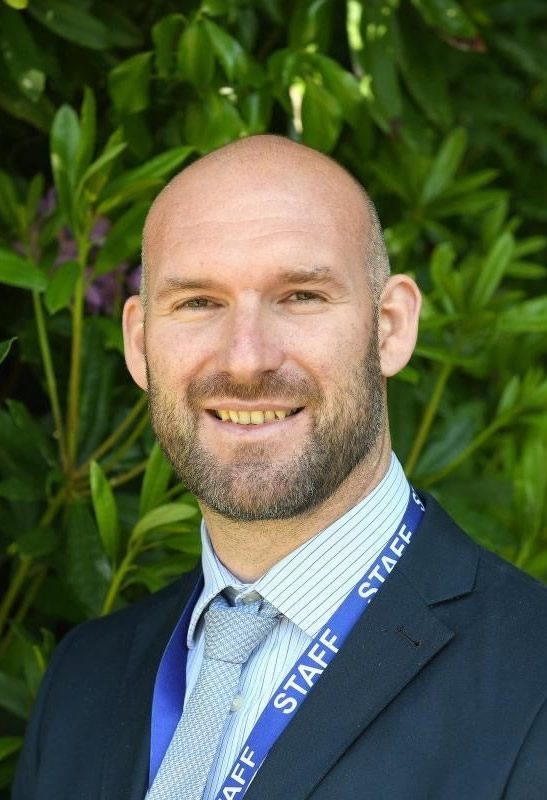 Steve joined Chetwynde back in 2013.  He has been part of the leadership team in the school throughout the transition to Free School, stepping up to Headteacher in 2019 and completing his National Professional Qualification of Headship in 2021.

He is a proud Barrovian, attending school in Barrow and moving on to complete his A Levels at Barrow Sixth Form College.  Steve then moved on to Sunderland University, where he graduated with a degree in Geography and Education with Qualified Teacher Status.

His teaching career started back in his hometown at Parkview School, teaching geography and PE, before leaving to follow his dream of travelling the world for a year in 2005.  Upon return, Steve moved to Yorkshire and was Head of PE in a large primary school in Bradford. It is here that Steve gained experience of working with children with social, emotional and mental health needs and put him on his path to becoming a SENDCo.  He completed his National Award for SEN Co-ordination whilst working as Assistant Headteacher of a residential school in North Yorkshire, before moving back to his roots in Barrow when starting at Chetwynde.

Steve is passionate about education and developing the life chances of pupils in local area.  He firmly believes that every child has the right to reach their potential and be encouraged to explore their talents and passions so they can build a future that will bring fulfilment and success.

In his spare time, Steve loves all things sports and enjoys watching rugby, cricket and athletics.  He grew up playing rugby league for his local club, Barrow Island, and went on to gain representative honours, touring Dubai with Great Britain over 35s and Spain with Great Britain Teachers.  Now that he has retired from rugby, you will find him on the bowling green with his teammates at West Mount Bowling Club.  Outside of sports, he is busy having fun with his three daughters, Isobel, Emilia and Freya, who all attend Chetwynde School.

We use necessary cookies to make our site work. We'd also like to set optional analytics cookies to help us improve it. We won't set optional cookies unless you enable them. Using this tool will set a cookie on your device to remember your preferences.

Necessary cookies enable core functionality such as security, network management, and accessibility. You may disable these by changing your browser settings, but this may affect how the website functions.