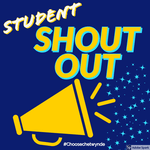 As you know, we love to hear what past students are achieving in the world, and this news does provide a proud moment for Chetwynde. Our ex-student, Nikhil Rathi (40yrs old) who was the Chief Executive of the London Stock Exchange has just been appointed Chief Executive of the FCA (Financial Conduct Authority). Such a position comes with high honour and prestige.

“Nikhil is the outstanding candidate for the position of chief executive of the Financial Conduct Authority, and I am delighted that he has agreed to take up the role." https://www.cityam.com/london-stock-exchange-boss-appointed-as-new-fca-chief/

Here is his Wikipedia information:

Rathi grew up in Barrow-in-Furness, Cumbria, the son of Madhu and Dr Rajendra Rathi, a local magistrate, having moved there aged three. He was educated at Chetwynde School, followed by the University of Oxford, where he earned a first-class degree in Philosophy, Politics and Economics. He was Cumbria under-12 tennis champion. https://en.wikipedia.org/wiki/Nikhil_Rathi

We are sure that Nikhil's achievement will inspire Chetwynde students and highlight that high aspirations and hard work can open doors of opportunity. We all wish Nikhil success in his new role.